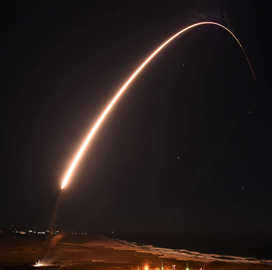 The Air Force has canceled a test launch of an unarmed Minuteman III nuclear missile after the weapon shut itself down due to an error during its terminal countdown.

According to Carla Pampe, a spokesperson for the Air Force Global Strike Command, the missile computer detected a fault in the sequence of checks it does prior to launching, prompting the Minuteman III to shut down.

No such incident has been recorded in recent memory, Pampe told the Air Force Times.

The Air Force plans to conduct an investigation to find out the root cause of the problem.

Minuteman III test launches are carried out annually by the 576th Flight Test Squadron. Unlike missiles used in real-life operations, those used during test launches do not carry nuclear warheads.

The failed test launch, which was performed in Vandenberg Air Force Base in California, was meant to demonstrate that the aging intercontinental ballistic missile is still in good shape and that it can still respond when fired. Test launches are also conducted to vet new hardware and software added into the system and show the country’s nuclear preparedness.

The decades-old missile has been the subject of debate among lawmakers who argue that the Air Force could refurbish the current nuclear missiles instead of building a new set.

Adm. Charles Richard, head of the U.S. Strategic Command, has reiterated that it is no longer cost effective to continue maintaining Minuteman III.

The Air Force is still continuing efforts to maintain the weapon system but is also working on a replacement missile. Northrop Grumman is already under contract to build the replacement missile dubbed the Ground Based Strategic Deterrent.