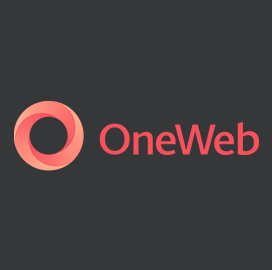 Under the terms of the contract, prime contractor Hughes Network Systems will test and implement end-to-end services on OneWeb’s system between U.S. Northern Command sites.

Hughes, a satellite internet service provider, will take charge of adaptation, integration, testing and management of the service demonstration.

Hughes is currently working under a separate contract to engineer and produce the gateway equipment and user terminal core module, which will be used to enable high-speed services in the region, OneWeb said. The contract is part of the Air Force’s Defense Experimentation Using the Commercial Space Internet program.

For its part, OneWeb is working with SATCOM service provider Intellian to develop user terminals based on next-generation, high-speed connectivity technology.

Dylan Browne, head of government services at OneWeb, said the company’s constellation will extend the reach of low-latency broadband, a capability that he said is critical to the Department of Defense’s goal to enable multi-domain operations.

According to an Army primer, multi-domain operations is the concept of defeating adversaries capable of contesting the United States in the air, land, maritime, space and cyberspace in both competition and armed conflict.

OneWeb said its network currently has 182 operational satellites with more on track for launch within 2021. The company added that it expects to deliver secure communications coverage to the underserved 15th parallel North and above by the end of 2021.