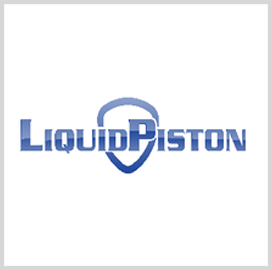 The Air Force has awarded LiquidPiston a $150,000 contract to create a hybrid-electric propulsion system to power unmanned aircraft systems and electric vertical take-off and landing aircraft.

According to LiquidPiston CEO Alec Shkolnik, current options like gasoline engines are inefficient while diesel engines are bulky. He added that batteries do not have the same energy density that fuel has.

“The X-Engine solves these challenges, and with this contract, we look forward to showcasing the value a hybrid-electric configuration can bring to unmanned flight,” Shkolnik said.

Size-wise, LiquidPiston said X-Engine is five to 10 times smaller and lighter than a diesel engine.

UAS and eVTOLs powered by the engine technology are expected to have better flight performance. According to the company, X-Engine would use fuel to power a generator and charge the aircraft’s batteries, resulting in extended flight time and range.

The contract is a Small Business Technology Transfer project awarded through AFWERX. It is meant to support Agility Prime, the Air Force’s flying car program.