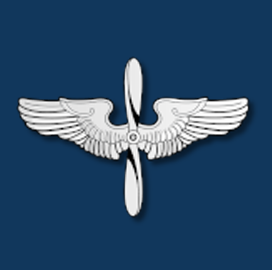 The Air University‘s Air Force Culture and Language Center has launched two new online courses designed to teach airmen and guardians about the culture of the United States’ strategic competitors.

Students who complete a course will have a certificate of completion uploaded to their training record for credit, AFCLC said.

The Introduction to China course is split into two parts, the first of which covers the concepts of culture, social behaviors and native belief systems.

AFCLC said that the second part tackles 12 domains of culture related to China’s history, religion, socio-political relations and others.

Secretary of the Air Force Frank Kendall, a three-time Wash100 winner, said that a proper understanding of Chinese culture is required for integrated deterrence.

“We run a significant risk of misinterpretation and missed signals when we project our own perspectives upon Chinese actions and communications,” Kendall said in a speech during an Air University symposium.

The Introduction to Russia course is also divided into two parts. The first half covers concepts and philosophies related to Russian culture in general. The second half provides information on Russia’s modern socio-political climate as well as multiple aspects of the country’s history.

AFCLC said that its Culture Guide app is available to all military personnel through the App Store and Google Play. The app is already being used by more than 20,000 individuals, it added.