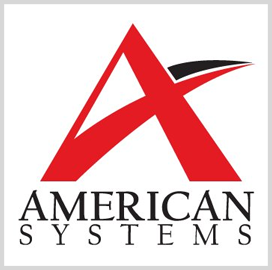 Virginia-headquartered American Systems announced that it has been awarded a $118 million task order under the General Services Administration’s Alliant 2 contract to support the Department of Homeland Security Customs and Border Protection. The single-award task calls for the performance of independent verification and validation services on all products and systems acquired for border control and security, American Systems said Monday.

In a statement, American Systems said that the five-year task order calls for the fulfillment of requirements that span the full spectrum of IV&V and systems engineering services throughout the entire program lifecycle across the CBP enterprise. Work will primarily be done in Washington, D.C., but will also include support at border locations, the firm added.

Peter Smith, president and chief executive officer of American Systems, said the CBP’s mission is a national priority and his company’s IV&V capabilities can help ensure that the needs of the country’s border officers are met.

The deal calls for verifying and validating that all products and systems acquired are compliant with CBP requirements and that program management is performed in an effective and efficient manner. Accomplishing this will consist of implementing and maintaining an IV&V program that is consistent with the Institute of Electrical and Electronics Engineers Standard 1012-2016. This standard applies to systems, software and hardware being developed, maintained or reused, according to the IEEE’s website.

American Systems is an employee-owned federal government contractor that has been supporting national priority programs since 1975. The firm offers strategic solutions in the areas of enterprise information technology, test and evaluation, acquisition and lifecycle support, engineering and analysis, and training.