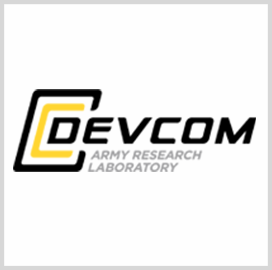 The Army said it has developed a virtual testing environment designed to accelerate the transition of research innovation from academia to the field.

The U.S. Army Combat Capabilities Development Command Army Research Laboratory said the testing ground could shorten the fielding process from months down to days or hours.

The environment provides a network of distributed testbeds that can simultaneously support experiments at different sites, DEVCOM ARL said.

The network was designed to allow thousands of intelligent devices to work together using the common operating environment, enabling collective sensing experimentation and evaluation at scale.

They demonstrated the environment merging and automating research innovations in artificial intelligence, sensing and decision support.

The test was aimed at proving that the testbed network can allow researchers to simultaneously contribute to an experiment regardless of their location.

The architecture was developed as part of DEVCOM ARL’s Internet of Battlefield Things Collaborative Research Alliance, an effort to improve warfighter capabilities in the information battlespace.

“The future battlefield demands a transparent common operating environment where our soldiers can function dominantly and seamlessly across information and domain boundaries,” Russell added.