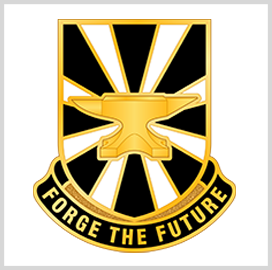 The Army Futures Command has released a broad agency announcement outlining artificial intelligence-driven technologies that it wants to invest in through 2026.

Of particular interest to the AFC are autonomous ground and air platforms capable of operating in open, urban and cluttered environments, as well as solutions that can sense obscure targets, including people, equipment and weapons, based on physical, behavioral, cyber or other signatures.

In addition, the command wants to obtain human-machine interfacing research and find out ways to predict an adversary’s battlefield behavior, fuse data from disparate sources and improve delivery of analytics results to humans.

“The Army is interested in AI/ML research in areas which can reduce the cognitive burden on humans and improve overall performance through human-machine teaming,” the BAA stated.

Previous AI development efforts by the Army have led to the creation of a new deepfake detection technology designed to support soldiers in tasks such as adversarial threat detection and recognition.

The service was also engaged in research efforts to produce AI capabilities that would allow autonomous vehicles to steer through battlefields. The research revolved around “reinforcement learning,” a branch of machine learning focused on enabling AI to adapt to new environments by inferring knowledge from existing datasets.