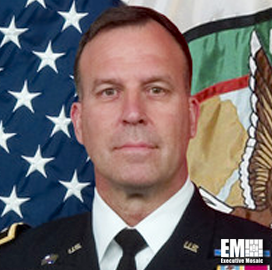 USCENTCOM is the field combatant command assigned to Central Asia and other parts of the continent. The transfer of authority comes at a potentially critical point for the command as the Department of Defense emphasizes competition with China, Air Force Magazine reported.

In a press release, Secretary of Defense Lloyd Austin, a two-time Wash100 winner, said that China is a “pacing challenge” in the DOD’s National Defense Strategy.

During the transfer of command in Tampa, Florida, Kurilla said that the United States “must remain fiercely and actively engaged in the 21 countries of Central Command.”

According to the profile on the USCENTCOM website, Kurilla served from 2004 to 2014 in the USCENTCOM area of responsibility. He commanded conventional and special operation forces in Iraq and Afghanistan.

He earned a bachelor of science in aerospace engineering from the U.S. Military Academy West Point, a Master of Business Administration degree from Regis University and a master’s degree in national security studies from the National War College.