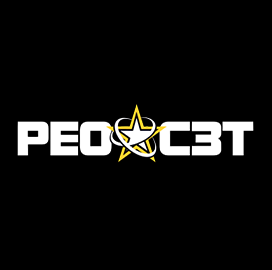 Headquartered at Aberdeen Proving Ground, PEO C3T is responsible for driving the Army’s network modernization strategy and delivering tactical network, electronic warfare and cyber capabilities to warfighters, according to the team’s website.

Potts will take over the leadership role from Maj. Gen. Robert Collins, who will serve as the new deputy of acquisition and systems management for the assistant secretary of the Army for acquisition, logistics and technology, FedScoop reported Tuesday.

Prior to his appointment, Potts served under PEO Soldier, helping to modernize the service’s tactical networks. He supported efforts to supply tablet-like devices designed to track troop movements on the battlefield.

He previously served as deputy commanding general for the U.S. Army Research, Development and Engineering Command and as senior commander for the Natick Soldier Systems Center.

Potts used to be an attack helicopter platoon leader in Germany, in addition to holding staff positions as a logistics officer, intelligence officer and operations officer, according to his Army profile.

He also participated in the FORCE XXI experiments in the Digital Force Coordination Cell as an operations officer for aviation, field artillery and air defense.

Potts is a rated AH-64 Apache instructor who was part of Operations Desert Shield/Desert Storm. He also had multiple deployments as an acquisition officer to the Balkans, Operation Enduring Freedom and Operating Iraqi Freedom.

He earned a bachelor’s degree in management information systems from Murray State University.