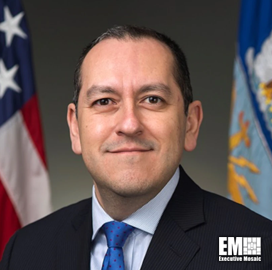 Dept. of the Army

The undersecretary of the Department of the Army said using an open systems architecture could provide numerous benefits to the service’s electronic warfare capabilities.

Speaking at the Army Technical Exchange Meeting, Army Undersecretary Gabe Camarillo shared that the service needs to identify how to use software-based capabilities in countering, addressing and responding to EW threats and integrate those capabilities into the Army’s platforms. Camarillo, who spoke at the Potomac Officers Club’s 7th Annual Army Summit on Aug. 24, noted that when it comes to capabilities integration, the Army often uses a siloed method to add new capabilities separately.

Open architecture is a development approach that is designed to reduce costs and risks when creating critical systems. It uses a widely accepted standard to facilitate weapons and systems development, making it easier for the military, government agencies and contractors to create new products.

Solutions that use open architectures are designed to be interoperable, interchangeable, portable, modular and scalable.