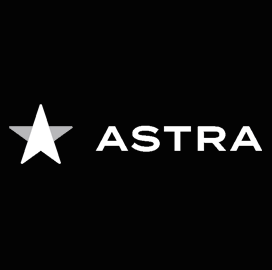 Astra to Launch US Space Force Test Payload Onboard Rocket 3

Under the agreement, Astra’s Rocket 3 will carry a U.S. Space Force test payload during its next attempt to reach orbit.

According to the startup, the test payload is part of the Department of Defense’s Space Test Program, which provides experimental payloads with flight opportunities.

The mission, designated STP-27AD1, is scheduled to begin on Aug. 27 and run through Sept. 11. The mission will showcase “critical low-cost, mobile and responsive launch capability,” Space Test Program Director Col. Carlos Quinones said in a statement.

Following the STP-27AD1 mission, Astra will perform the second launch under the same DIU contract later this year.

The Almeda, California-headquartered launch vehicle developer performed two orbital launch attempts in 2020 using the Rocket 3 vehicle but both attempts failed. In September last year, Rocket 3.1 crashed back to Earth shortly after liftoff because of problems with its guidance systems. In December, Astra’s Rocket 3.2 almost reached orbit but the vehicle’s upper-stage engine shut down prematurely when its fuel ran out.

The company’s 2021 launch agreement with the DIU was awarded through an other transaction agreement and will mark its first commercial orbital launch with the Space Force.