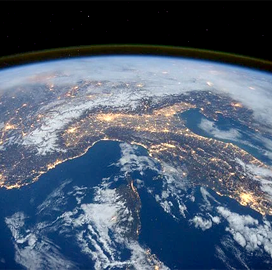 NASA announced Friday that it has begun employing new augmented reality applications to assist astronauts in repairing the International Space Station.  The new technology is part of the agency’s T2 Augmented Reality project, which demonstrates how station crew members can maintain various equipment critical to crew health and the achievement of research goals without assistance from ground teams.

NASA is pursuing ways to help astronauts make critical repairs to spacecraft themselves in preparation for the coming Artemis Moon missions and the eventual longer mission to Mars. The agency said it is developing tools to increase astronaut autonomy to operate spacecraft or systems without assistance from the Mission Control Center at the Johnson Space Center in Houston because communication delays from Earth will last longer.

Bryan Dansberry, ISS associate scientist, said the space station is the perfect platform to test and refine AR systems so they will be ready when future astronauts need them. AR tools hold the promise of allowing NASA to pre-package guidance and expertise before the actual space mission gets underway, he added.

Recently, Japanese astronaut Soichi Noguchi was tasked to maintain one of the space station crew’s pieces of exercise equipment, the T2 Treadmill. The demonstration used 3D directional cues to direct the astronaut’s gaze to the proper work sites and displayed the procedure instructions, NASA said Friday.

T2AR is the first in-space operational use of the HoloLens in combination with custom-built augmented reality software, which enables an astronaut to perform unassisted maintenance and inspections on a major piece of crew support hardware.