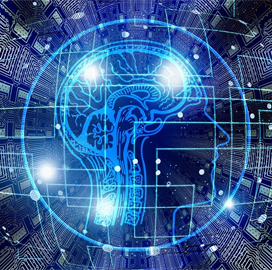 “The contract will allow AURA to expand into a number of critical AI areas, including advanced manufacturing and AI-based predictive maintenance and sustainment,” said Eric Strong, vice president and lead of AI systems at Aura.

Strong said the contract will also require a range of other Aura technologies such as hardware, software, data preprocessing, communications and network infrastructure.

Aura co-founder and President Anna Bennett said the company beat out 28 other competitors to serve as the lead performer in the Army’s effort to apply AI to power systems.

Douglas Bennett, CEO and co-founder of Aura, said the company’s work will allow the Department of Defense to realize efficiencies in energy use and logistics through AI-based intelligent environments.

Lt. Gen. Michael Groen, director of the DOD’s Joint Artificial Intelligence Center, has stressed the importance of applying AI and other technologies strategically into functions that achieve new capabilities.