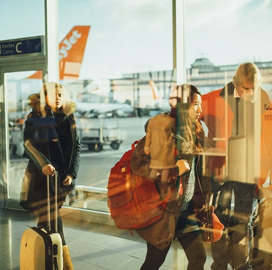 In a statement, Liberty Defense said it licensed the millimeter wave-based, HD-AIT body scanner and shoe screener technologies as part of its ongoing relationship with Battelle. Both technologies were developed by researchers at the Pacific Northwest National Laboratory with funding from the Department of Homeland Security Science on behalf of the Transportation Security Administration. The PNNL is managed by Battelle for the Department of Energy.

Michael Lanzaro, president and chief technology officer of Liberty Defense, said his company licensed the HD-AIT technology to support the development and commercialization of a leading-edge platform that can potentially revolutionize airport screening. He added that airports today demand improved detection capability to meet evolving threats.

Under the contract, Liberty Defense’s engineering and product development team will assist PNNL in the design, integration, testing and delivery of the Retrofit Kit Assembly for DHS’s Science and Technology Directorate. It was explained that the envisioned HD-AIT people screening technology platform will be capable of high-definition imaging, resulting in greater detection, with arms down pose for a better passenger experience.

On its website, Battelle said it oversees more than 40,000 employees at nine national laboratories under the Government-Owned Contractor-Operated governance model. Under its management, the DOE and DHS labs have successfully delivered capabilities that drive scientific discovery and advance national security.