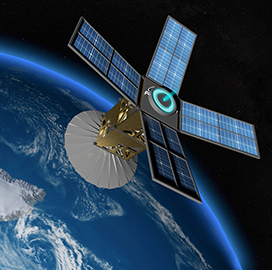 BCT provided the 12u CubeSat bus, avionics, flight software, guidance navigation, radio frequency communication hardware and other components for the Ascent mission. The company was also on-site during the spacecraft commissioning and ensured that it was in optimal condition before releasing it to the laboratory.

The Ascent mission will see how commercial off-the-shelf technologies and capabilities will perform in the GEO space environment. It is part of the U.S. Space Force’s Test Program-3 mission, BCT said.

John Carvo, executive director of BCT’s CubeSats business unit, said the contract will test the company’s first GEO CubeSat, its solar array drive assemblies and other components to see how they will perform in changing and extreme environments.

The aerospace company was part of the first STP-3 contract award and has been supporting the mission as needed.

The company is headquartered in Lafayette, Colorado.