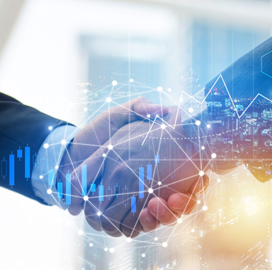 In a statement, BedRock said it joins the community of NCEP partner companies that have pledged to provide hardware, software and expertise to foster the “rapid adoption and broad deployment of integrated cybersecurity tools and techniques, and address technology gaps affecting multiple sectors of the economy.” The company added that in addition to contributing equipment to the NCCoE’s test environments, partner companies can also assign guest researchers to collaborate with counterparts at the center.

John Walsh, senior vice president of strategy and business development at BedRock, said that through its collaboration with the NCCoE and other NCEP participants, his company looks forward to identifying pressing cybersecurity challenges and driving innovations to bolster the security of U.S. information systems.

BedRock further said that the NCCoE has developed 167 publications to address the challenges of securing the country’s IT environments. The company noted that in support of the NIST’s information drive, it has participated in reviewing Special Publication 1800-32.

For his part, Jim McCarthy, senior security engineer at NCCoE, said that fostering collaboration and leveraging the expertise that exists across the private and public sectors is an important part of the center’s strategy to drive innovation and address technology gaps affecting critical systems and industries.