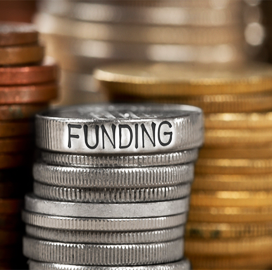 Biden Administration Requests $24B in Discretionary Funding for NASA

President Joe Biden’s discretionary funding request for fiscal year 2022 includes an additional $6.9 billion in funding for NASA in support of human explorations of the Moon, Mars and beyond.

The funding request also calls for more federal investment in robotic exploration of the solar system and the universe, NASA said. The money would further advance the Mars Sample Return mission and support the planned Clipper and Dragonfly missions, which are aimed at exploring the moons of Jupiter and Saturn, respectively.

Biden also wants to invest $2.3 billion for Earth science programs, with the goal of initiating the next generation of Earth-observing satellites to monitor the effects of climate change.

Among other things, the request allocates $915 million for aeronautics R&D efforts to increase the country’s competitiveness in the global aviation industry and $20 million to build a diverse future science, technology, engineering and mathematics workforce.