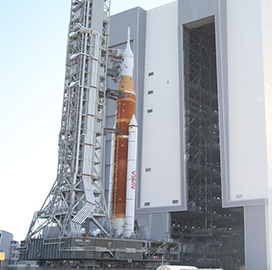 Biden Administration Seeks $26B Budget for NASA in FY23

The Biden administration is asking Congress to allocate almost $26 billion for the National Aeronautics and Space Administration in the fiscal year 2023. The amount being sought represents an eight percent increase over the $24 billion budget received by the space agency in FY 2022, SpaceNews reported Monday.

Documents released to the press by the Office of Budget and Management showed that the almost $2 billion budget increase is not intended to fund new programs. Instead, the White House wants to invest more money in current NASA programs, which include the Artemis missions, which will see America’s return to the moon after more than 50 years.

NASA Administrator Bill Nelson lauded the budget hike being requested by the administration, calling it a “signal of support for space missions and a new era of exploration and discovery.”

The space agency also seeks some $2.4 billion for funding its Earth science missions in the coming fiscal year. A huge chunk of this amount would be spent on the Earth System Observatory, a series of missions intended to implement recommendations of the Earth science decadal survey.

Recently, NASA announced that increasing costs are forcing it to cut back on some of its other missions. For one, the space agency said it no longer plans to provide funding for the International Mars Ice Mapper mission, a Mars orbiter NASA was to develop in partnership with several other nations, including Canada, Italy and Japan.

As part of a belt-tightening effort, NASA said it will also delay the development of the Near-Earth Object Surveyor Mission, a space telescope to look for nearby objects in space that could pose an impact threat to the Earth.