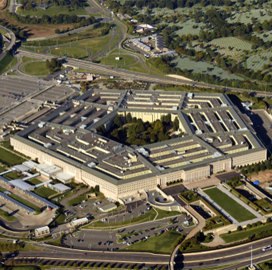 President Joe Biden has nominated Defense Innovation Unit Director Michael Brown for the role of undersecretary of defense for acquisition and sustainment.

Since Brown became director in 2018, the DIU doubled its number of ongoing projects, transitioned 26 new capabilities to warfighters, doubled company participation in projects and introduced 70 new vendors to the Department of Defense, according to the White House.

The DIU is responsible for accelerating the Pentagon’s adoption of commercial technology through the defense industrial base. The organization partners with the military services, combatant commands and other DOD components to prototype and field national security solutions.

Brown previously served as the White House Presidential Innovation Fellow at the DOD. He co-authored a study on China’s involvement in U.S. venture capital, informing the creation of the Foreign Risk Review Modernization Act, the White House said.

He also led the creation of the DIU’s National Security Innovation Capital initiative, which is aimed at helping dual-use hardware startups secure private investment from trusted sources. Dual-use technologies can be used for civilian and military applications.

Prior to his government service, Brown served as the CEO of cybersecurity company Symantec, which the White House said was the largest of its kind at the time.

He also served as the CEO of Quantum, a global supplier of tape drives and disk drives for personal computers.

Brown earned a bachelor’s degree in economics from Harvard University and a Master of Business Administration degree from Stanford University. He is a trustee of the Berklee College of Music and previously served on the President’s Advisory Council at Berklee.