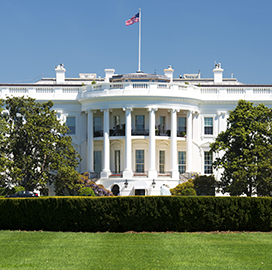 Biden to Double Down on Commercial Cloud Use, Official Says

According to the official, commercial technology is still the government’s best choice despite its failure to prevent the SolarWinds hack, Nextgov reported Tuesday.

The Russia-linked SolarWinds hack compromised the networks of at least nine federal agencies and about a hundred American companies, leading to a series of data breaches.

Instead of building its own systems from the ground up, the federal government plans to double down on its use of “best-of-breed” commercial technology, the official said during a briefing.

President Joe Biden’s upcoming executive order will reportedly include provisions for establishing a public rating system for software and standards for connected devices. The executive order will also support efforts to modernize the government’s information technology, the official added.

The administration’s action is expected to be initially focused on the compromised agencies as well as areas that can help the government in cybersecurity-related procurement.

Chris Krebs, former director of the Cybersecurity and Infrastructure Security Agency and a two-time Wash100 winner, has said that he expects China, Russia, Iran and North Korea to continue conducting SolarWinds-level hacks until the United States stops tolerating them.

CISA officials have since acknowledged weaknesses in the government’s perimeter-focused intrusion detection system, whose measures were expected to prevent attacks like SolarWinds.