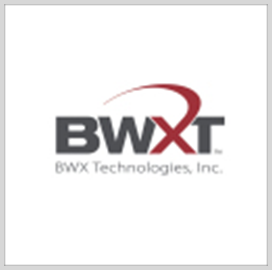 Virginia-headquartered BWX Technologies announced that it will build the first advanced nuclear microreactor in the United States under a contract awarded by the Department of Defense’s Strategic Capabilities Office. The prototype will be built under a cost-type contract valued at approximately $300 million, depending on the options requested by the government customer, BWXT said Thursday.

The transportable microreactor prototype will be completed and delivered in 2024 for testing at the Idaho National Laboratory. The SCO is commissioning the construction of such a mobile nuclear reactor in anticipation of a significant increase in the military’s energy demand in future conflicts.

In a statement, BWXT said that the microreactor will be built at its facilities in Lynchburg, Virginia, and Euclid, Ohio, over the next two years. Approximately 120 employees will work on the project, including roughly 40 of its current personnel, who will work side-by-side with others hired especially for this contract.

Joe Miller, president of BWXT Technologies, said his company is on a mission to design, build and test new nuclear technology to protect the environment while meeting power demands. He added that the entire nuclear industry recognizes that advanced reactors are “an important step forward to support growing power needs and significant carbon reduction imperatives.”

BWXT said that the transportable reactor core and associated control system that it will deliver are designed to maintain safety under all conditions, including transitional conditions throughout transport. The reactor’s fuel has been tested and verified to temperatures far exceeding operating conditions.

Meanwhile, the SCO said on its website that this effort will “leverage state-of-the-art technologies and recent advances in nuclear engineering to deliver an inherently safe nuclear reactor.” The reactor will be designed to provide reliable and resilient power while minimizing the risk of nuclear proliferation, environmental damage or harm to nearby personnel or populations.