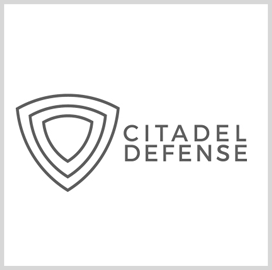 Citadel Defense has received a sole-source contract from an undisclosed classified customer from the Department of Defense for the development and deployment of a counter-drone solution that will feature artificial intelligence capabilities.

Under the contract worth $6 million, Citadel Defense is tasked with supplying a solution capable of autonomously detecting, classifying, tracking and defeating unwanted aerial systems.

In a statement, Chief Executive Officer Christopher Williams said that the development phase of the system included the consideration of feedback from frontline operators and government experts.

Williams described the counter-drone solution as “highly integrated and scalable,” noting that it will support defense against armed and surveillance unmanned aerial systems, which could compromise national security missions.

The system will be deployed at sensitive government locations and operated by first responders as well as non-specialist military personnel.

The solution will enable force protection in contested environments, the protection of critical infrastructure, facilitate urban surveillance and ensure security at high-profile events.

The Citadel Defense CEO expects the first set of the AI-powered integrated systems to be deployed over the next three months.

Citadel Defense’s sole-source award comes after the company received a government contract for the procurement of its Titan radio frequency sensor.

The company said in July that the Titan systems will be used for pre-deployment training, mobile security and fixed site protection.