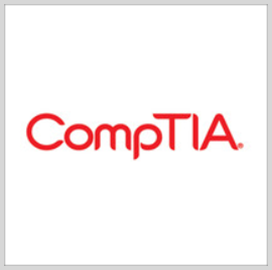 According to CompTIA, the funding for the Cybersecurity and Infrastructure Security Agency provides more support to strengthen the country’s cybersecurity capabilities in response to ongoing threats.

As part of the legislation, CISA will receive $650 million for cybersecurity risk mitigation, CompTIA said.

The agency will use the budget to fortify .gov networks that support the operations of federal departments and agencies.

In addition to lauding the cybersecurity aspect of the relief bill, CompTIA welcomed the $1 billion boost to the Technology Modernization Fund.

The group said the billion-dollar budget will facilitate the replacement of the government’s aging information technology systems at the local, state and federal levels, promoting a more efficient and secure way of delivering essential services to constituents.

Shortly after receiving the $1 billion budget, the TMF Board awarded the Department of Labor $9.6 million in funding to support the modernization of its enterprise data platform. The funding is meant to increase the availability and accessibility of DOL data and enhance evidence-based decision-making across the department’s enforcement, compliance and unemployment insurance missions.

Among other things, the American Rescue Plan Act allocates $200 million in funding to support the U.S. Digital Service.