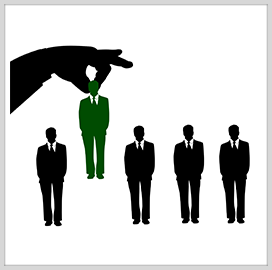 The General Services Administration has appointed Dan Lopez as director of Login .gov. Lopez will oversee the website amid an uptick in interest from government agencies.

According to his LinkedIn profile, Lopez was the director of software engineering in the city of Philadelphia. In this role, he led efforts in implementing cloud-native technologies and developing critical applications for critical services.

Lopez, who started working as the director on Sept. 12, will succeed Amos Stone, FedScoop reported.

Government agencies have been increasingly adopting the web-based platform in recent months. In April, the Department of Veterans Affairs received a $10.5 million budget boost from the Technology Modernization Fund to transition to Login .gov.

The Internal Revenue Service, in February, expressed commitment to using the website as a user authentication tool after abandoning a planned requirement for taxpayers to provide biometric data through a third-party platform.

Before working at the Philadelphia government, Lopez was the senior director of engineering at the educational technology Instructure. In this role, he led engineering efforts for products that were delivered to Philadelphia, Chicago and Salt Lake City.

Other positions that the Login .gov director held include chief technology officer at gatherDocs and founder of Lessonsmith.

He holds a master’s degree in education from the University of Pennsylvania and a bachelor’s degree in mechanical engineering from the Massachusetts Institute of Technology.

Login .gov is a government-issued sign-in service that participating agencies use to help protect users. The platform is used whenever individuals apply for federal jobs and loans and disaster assistance from the Small Business Administration, among others.