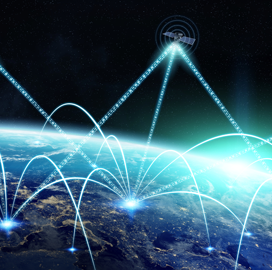 The strategy lays out a three-phase implementation timeline from fiscal years 2023 to 2029. It begins with the enhancement of data standards and is planned to lead to the integration of DOD data and network management and the introduction of enterprise process automation and situational awareness resources.

Under the strategy, the DOD CIO will serve as the lead architect and overseer of SATCOM capability implementation. The U.S. Space Command is designated as the lead global SATCOM operator while the U.S. Space Force is tasked with heading force design and the Defense Information Systems Agency with providing enterprise services, C4ISRNET reported Saturday.

The $1.7 trillion omnibus spending law passed by Congress in December contained $26.3 billion for the Space Force, $1.7 billion more than the DOD’s original request. Most of the additional funds are meant to support satellite procurement efforts.

DOD budget documents from June 2022 revealed a 2023-2027 spending plan that would earmark $13 billion for military SATCOM acquisition. Projects that the agency is looking to fund include a low-Earth orbit constellation that would provide broadband connectivity and batches of small communications satellites that would support or replace existing systems.