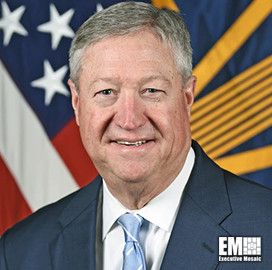 Deputy Defense Secretary and 2022 Wash100 winner Kathleen Hicks appointed Michael Donley, the Department of Defense’s director of administration and management, as the first chief information officer for all components of the Office of the Secretary of Defense. The move was made public on Thursday.

Donley will oversee OSD’s efforts in managing cyber risks, improving capabilities, revamping systems and working with IT service providers. He will also lead a team initially tasked with creating a framework for integrating IT services across all OSD components and a standardized memorandum of agreement for shared service support.

In addition to Donley’s appointment, Hicks established the new Information Management and Technology directorate within OSD. IM&T will help implement policies from other DOD entities.

The directorate is led by long-term Pentagon IT executive Danielle Metz, who will oversee efforts to modernize the office’s information enterprise. Donley appointed Metz as the IM&T director.

In an internal memorandum issued on Sept. 30, Hicks said the new directorate and Donley’s appointment would strengthen oversight of the office’s IT resources. She noted that cost-driven IT consolidation efforts, increased demand for remote work and other technological advancements prompted OSD to improve IT oversight.