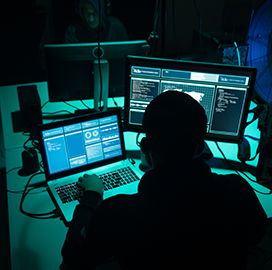 DHS said the first phase of the program led to the discovery of 122 vulnerabilities, including 27 deemed critical. A total of $125,600 was awarded to the researchers who identified the flaws, DHS said.

The second phase is a live, in-person hacking event among vetted cybersecurity researchers, while the final phase is dedicated to identifying lessons learned.

Secretary of Homeland Security Alejandro Mayorkas, a 2021 Wash100 awardee, said Hack DHS highlights the department’s commitment to keeping up with the escalating sophistication of cyber threats.

He added that organizations of all sizes, including DHS, must remain wary of cyber threats and must take steps to strengthen their posture.

The department said it launched the program in December 2021 to create a template that government organizations at all levels can use to build their cybersecurity programs.

VDP was based on the DOD’s Hack the Pentagon program in 2016. In the same year, the Internal Revenue Service also launched its own bug bounty program in partnership with penetration testing company Synack.