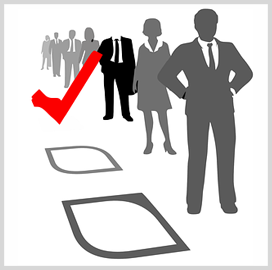 The Department of Homeland Security is launching a massive hiring campaign as part of its 60-day cybersecurity workforce sprint.

In a statement, the DHS said it plans to hire 200 new cyber personnel by July 1 on a conditional employment basis. Half of the new hires will go to the Cybersecurity and Infrastructure Security Agency while the other half will be shared by other DHS component agencies, FCW reported Thursday.

Speaking at a U.S. Chamber of Commerce event, DHS Secretary Alejandro Mayorkas described the recruitment campaign as “the most significant hiring initiative that DHS has undertaken in its history.”

The DHS recently announced its intent to issue a single award contract to support the development of a cybersecurity compensation system.

According to a solicitation posted on SAM .gov, the system will comprise a set of business rules, processes and policies for administering compensation in order to recruit and retain cybersecurity talent.

The selected contractor will provide the necessary design, analysis, operation and surge support to establish the cybersecurity compensation system.

The push to fill the cybersecurity talent gap comes amid the increasing threat posed by malicious actors on government networks.

Over the last few months, vulnerabilities have been discovered in pieces of software used across the federal government, including the SolarWind Orion software and the Pulse Connect Secure VPN software. These security flaws are well documented in CISA’s emergency directives, which contain instructions that agencies have to follow in order to mitigate cyber risks.