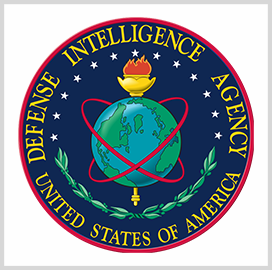 While certain details of the contract remain undisclosed, the DIA said it intends to procure services for more cloud storage and edge computing under C2E.

A report published in November by FedScoop indicates that the contractors will compete for task orders under the cloud service provider portion of the contract for the chance to offer products such as infrastructure-as-a-service, platform-as-a-service and software-as-a-service to agencies across the Intelligence Community.

C2E is a follow-on contract to the $600 million Commercial Cloud Services contract that CIA awarded to Amazon Web Services in 2013.

As C2E gets going, the DIA has its sights set on ramping up its cloud migration efforts.

Currently, the agency has about 40 percent to 45 percent of its applications in the cloud. Jack Gumtow, the DIA’s chief information officer, aims to increase that percentage.

Speaking at a Federal News Network-hosted event, he said storage-as-a-service could address the DIA’s problem with excessive data allocations.

“If a program needs, for example, 100 gigs worth of data, but in reality they only use 10, and we’ve allocated 100, I’ve got 90 gigs that is just spinning and is never used. So we’re buying that much storage when I only need a percentage of that storage,” he said.