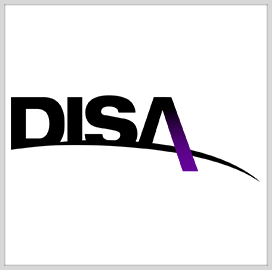 The Defense Information Systems Agency has transitioned 95 milCloud 2.0 accounts ahead of the scheduled shutdown of the cloud platform.

In an interview with Federal News Network, Sharon Woods, the director of the Host and Compute Center at DISA, said 60 of the 95 accounts went to DISA’s Stratus private cloud offering. She added that 18 of the accounts were transferred to commercial cloud offerings while the remaining 17, which were environments that have already served their purpose, were left to expire.

In making the decision to stop the cloud offering, Woods said DISA worked with as many customers as possible to ease the burdens on them. According to the director, having enough resources and a collaborative customer base made the transition more manageable.

DISA made sure that components from the Department of Defense will have their applications on the right platform. For the 18 that went to a commercial cloud offering, Woods said DOD components have been working on their applications, and the transition to the cloud was the final step.

One problem that DISA will have to work on is refunding the agencies that had their applications moved to the commercial cloud. Woods said the agency is working with DOD components to ensure that they have control over their funding.