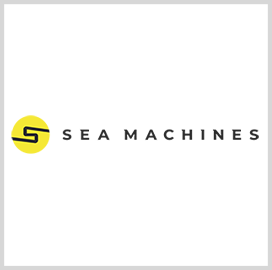 The Department of Defense will soon test a full-scale autonomous ocean-going replenishment system featuring technology-driven kits that are designed to transform existing barges into self-moving platforms that can land and refuel military aircraft.

Sea Machines Robotics recently signed an agreement with the Defense Innovation Unit to begin the second phase of a contract in support of the deployment of the replenishment platform.

Under the deal, the DIU committed up to $3.1 million to the experimentation and deployment of the system with the goal of improving the U.S. military’s operational capabilities at sea using autonomous technologies, Nextgov reported.

He also noted in an email to Nextgov that while the kits were originally designed to serve as commercial-off-the-shelf refueling platforms, they can also be used in other applications such as medical and humanitarian operations.

The second phase of the contract focuses on transitioning the system to the design and trial stage.

Sea Machines is working on the project with support from Huntington Ingalls, Bell Flight and FOSS Maritime, a Seattle, Washington-based maritime transportation and logistics provider.

FOSS’ work is to provide naval architecture, support engineering and operations management to allow for the outfitting of a remotely commanded deck barge to land helicopters.