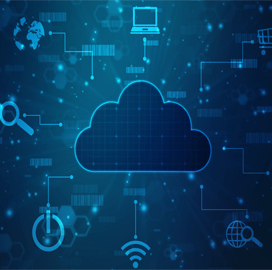 The Department of Defense is on schedule with the roll-out of its replacement for the scrapped Joint Enterprise Defense Infrastructure contract, a top information technology official said.

John Sherman, the Pentagon’s acting chief information officer, said at a FedScoop event that the department is on track to release a solicitation for the Joint Warfighting Cloud Capability around the middle of October.

Sherman described JWCC as fundamental to the work being done on Joint All-Domain Command and Control, Defense News reported.

In July, the DOD announced that JWCC will be a multi-cloud, multi-vendor indefinite-delivery/indefinite-quantity contract.

The department said it intends to seek proposals from a limited number of cloud services providers, including previous JEDI bidders Microsoft and Amazon Web Services.

Sherman said solicitations will also be extended to other vendors if the DOD determines that they can meet the contract’s requirements.

Langevin called the JEDI protests a “source of frustration” for him and the committee, adding that many other procurements in the information technology space are suffering from similar delays.

He said he expects to “see some positive changes” as soon as the fiscal 2022 National Defense Authorization Act is enacted sometime in the fall.