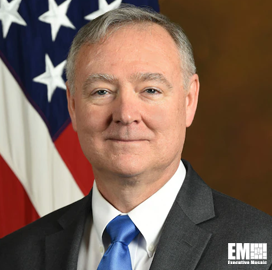 Joseph Evans has stepped down as the Department of Defense’s principal director for 5G technology, with his deputy Amanda Toman now filling in the position in an acting capacity.

Evans held the role for two years, during which time he was responsible for DOD’s 5G strategy, implementation plan and public-private partnerships, including those aimed at testing networks in low-regulation environments, FedScoop reported Tuesday.

In his farewell post on LinkedIn, he reported that more than 15 DOD facilities are set to have their own 5G testbeds supporting the prototyping of 5G applications for military missions.

The enterprise-wide initiative also includes the creation of smart warehouses at the Naval Base San Diego in California and Marine Corps Logistics Base Albany, as well as enabling 5G dynamic spectrum sharing at the Hill Air Force Base in Utah.

Evans touted the military advantages of 5G during his keynote address at a Potomac Officers Club summit held in January.

“5G is transformational in the way that it will create a connectivity fabric that will increase real-time collaboration with warfighters and weapons systems,” he said.

DOD’s commitment to advancing the adoption of secure and resilient 5G networks is outlined in a strategy released in 2020.

Posted on September 1, 2021 by Adrian Rosenberg