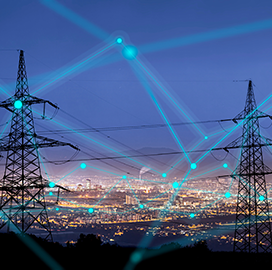 The Department of Energy has its eyes set on developing a common platform for detecting cyber threats across the country’s power grid under a new plan enabled by the recently-passed Bipartisan Infrastructure Bill and a cross-governmental effort to improve the security of critical operational systems, Federal News Network reported Wednesday.

Kate Marks, acting deputy assistant secretary for preparedness, policy and risk analysis at DOE, said the effort has sparked better communication between the government and stakeholders in the private sector.

Speaking at an event hosted by cybersecurity firm Dragos, Marks said that the DOE hopes the initiative can help usher in fresh technologies and systems that would allow utilities in the electricity sector to gain the ability to better detect, mitigate and respond to cyber threats. She told attendees of the cybersecurity event that about 150 utilities covering the electricity needs of 90 million Americans participated in the initial 100-day sprint under the 2021 pilot program.

In a statement, the DOE said the initiative was launched as part of the Biden Administration’s effort to safeguard U.S. critical infrastructure from persistent and sophisticated threats. Secretary of Energy Jennifer Granholm was quoted as saying that the country faces a well-documented and increasing cyber threat from malicious actors seeking to disrupt the electricity Americans rely on to power their homes and businesses.