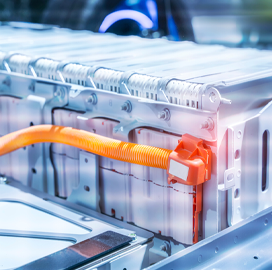 The Department of Energy announced that it has issued two notices of intent to provide nearly $3 billion to boost the production of advanced batteries that it envisions will be widely used in clean energy industries of the future. The intention is to fund battery materials refining and production plants, battery cell and pack manufacturing facilities, and recycling facilities that create good-paying clean energy jobs, the DOE said Friday.

In a statement, the department said that the funding is expected to be made available in the coming months and will ensure that the United States can produce modern batteries and the materials they rely on. The effort to advance the development of a new generation of electric vehicles and accompanying energy storage was put forward by the Bipartisan Infrastructure Law.

For the next five years, the bipartisan legislation will lead to the creation of 60 new DOE programs and expand funding for 12 existing research, development, demonstration and deployment programs. In total, some $65 billion will be invested in the largest clean energy transmission and grid in American history, the White House said on its website.

It was further noted that the U.S. market share of plug-in EV sales is only one-third the size of the Chinese EV market. The legislation will invest $7.5 billion to build out a national network of EV chargers in America.

The DOE said it wants to prepare the U.S. industry for the forecasted growth in market demand for lithium-ion batteries over the next decade. Ensuring the sustainable domestic sourcing of critical materials used to make lithium-ion batteries will help close the gap in supply chain disruptions and accelerate local production. The funding will also support research and development of second-life applications for batteries once used to power EVs, as well as new processes for recycling spent batteries, it was added.