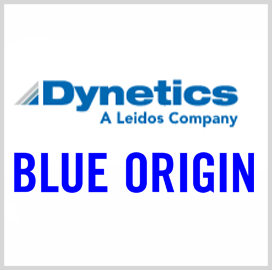 NASA was initially open to awarding the contract to two companies but budget shortfalls forced the space agency to settle with a single contractor to build the lunar landing system.

SpaceX had the winning bid of $2.89 billion. Dynetics, whose bid remains undisclosed, is reported to be significantly higher than Blue Origin’s bid of $5.99 billion, SpaceNews reported Tuesday.

In its filing, Blue Origin said it was not given the chance to revise its proposal after learning about the short funding from Congress. Blue Origin added that NASA unreasonably favored SpaceX by minimizing significant risks in SpaceX’s lander design.

Dynetics did not specify its issues with the contract award, saying only that it disagrees with several aspects of the acquisition process and the elements of NASA’s technical evaluation.

The Starship landing system will be critical to NASA’s Artemis program, particularly in the final leg of the astronauts’ journey to the surface of the Moon. SpaceX’s lander features a spacious cabin and two airlocks for astronaut moonwalks.

As of now, NASA Acting Administrator Steve Jurczyk said it remains uncertain whether the protests will suspend work on the lunar landing system.

Speaking at a webinar hosted by the Space Transportation Association, Jurczyk offered assurances that NASA is working through the issue to keep things moving forward.