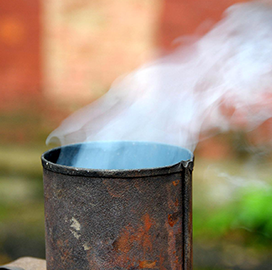 The Department of Energy has awarded over $31 million to 10 projects to advance carbon capture capabilities.

DOE said the funding would support the development of technologies that can capture at least 95 percent of carbon dioxide emissions from power plants and other industrial facilities.

The funding was administered by DOE’s Office of Fossil Energy and Carbon Management, which has now provided $76 million for 22 research and engineering projects at natural gas power, waste-to-energy and industrial facilities.

DOE said the latest investment supports the Biden administration‘s efforts to decarbonize the power sector by 2035 and the economy by 2050.