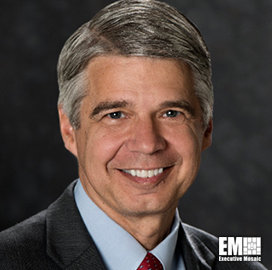 Defense Secretary and 2022 Wash100 winner Lloyd Austin has appointed Eric Evans as the chairman of the Defense Science Board. He was sworn in on Feb. 14.

Evans will lead a group that provides independent advice and recommendations about science, technology, manufacturing, acquisitions and other topics that would benefit the Department of Defense. He previously served as the vice chairman of the DSB, a role in which he co-led studies that focused on cloud technology, cybersecurity and improvised explosive devices, DOD said.

The newly appointed DSB chairman is the director of the Massachusetts Institute of Technology Lincoln Laboratory. MIT Lincoln Lab is a federally funded research and development center that works on advanced technology development and system prototyping for national security requirements.

He holds a doctorate degree, a master’s degree and a bachelor’s degree in electrical engineering from The Ohio State University.

The DSB is an advisory board within the U.S. government that advises senior leaders about technology issues that face the Pentagon. Its recommendations focus on research, engineering, manufacturing, strategy, tactics, operational concepts and other relevant factors.

DSB was established in 1956 in response to recommendations from the Hoover Commission.