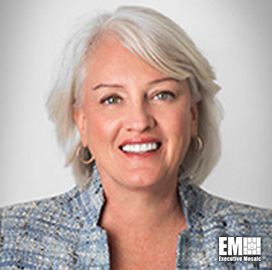 Federal Chief Information Officer Clare Martorana called on her colleagues in government service to use technological innovations to bridge gaps between agencies in a bid to improve the delivery of service to the public. The official encouraged departments to adopt a more product-focused mindset to make citizens’ experience in dealing with government more pleasant.

Speaking at the FedTalks conference on Tuesday, Martorana said it is not up to the public to figure out how to navigate across department and agency silos to get the service they deserve. She told agency decision-makers to leverage the massive amount of data collected across the government “to power outstanding customer experience,” Fedscoop reported Wednesday.

Along with the need to raise the overall level of customer service, the Martorana also called on fellow officials to shore up their agencies’ defenses against the surge in cyberattacks that began as early as the second quarter of 2019. She stresses the urgency with which cybersecurity across federal departments must be addressed and reiterated that modernization of federal IT systems remains a top priority for the Biden administration.

The Colonial Pipeline hack in May highlighted the threat of cyberattacks across departments and the wider U.S. infrastructure. Martorana added that the $1 billion appropriated for the federal Technology Modernization Fund was a mere “down payment” on the series of multi-year modernization projects across the federal government currently in the works.

It was reported that since the funding was appropriated in March through the American Rescue Plan, the Technology Modernization Board has received over 100 proposals for projects, totaling more than $2 billion. The faster agencies can adopt modern technology and cloud infrastructure, the faster they can deliver trusted and more secure services to the American public, Martorana concluded.