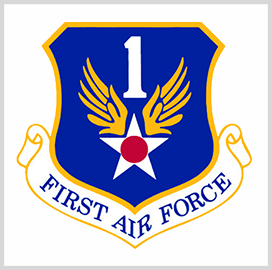 The U.S. Air Force announced that First Air Force will serve as the future air component of the U.S. Space Command.

He said the reorganization will also serve as a basis for future integrations between space and air operations around the globe.

The transition is reportedly still in the early development phases, with ACC planning how to train and equip First Air Force for its new role in USSPACECOM. The Air Force said it expects First Air Force to achieve initial operating capability by the end of 2021.

USSPACECOM was re-established in August 2019 to take charge of employing space forces provided by the U.S. Armed Forces. The command is responsible for all military operations 62 miles above mean sea level.

The first incarnation of Space Command was established in September 1985 to provide joint command and control for military operations in outer space. The unit was disestablished in 2002 and had its responsibilities and forces merge with U.S. Strategic Command.