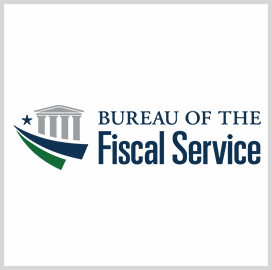 The Bureau of the Fiscal Service wants to simplify its data footprint to allow for the easier application of security, a key official said. In doing so, however, the bureau must still make sure data remains transparent and accessible to the public, Federal News Network reported Thursday.

Justin Marsico, the Fiscal Service’s chief data officer, said the bureau is currently using analytics to look for ways to make its operations more effective. He said his team is looking to better understand the underlying infrastructure that stores data and how it can enable data-sharing across the organization.

Towards this goal, a Data Governance Council has been formed to help executives across the bureau work together on resolving data issues. The council, however, will not be starting from scratch as the bureau has already completed an inventory of its data months ago, as part of a Department of the Treasury initiative, Marsico said.

Now that the bureau has an inventory of its data, Marsico said the next step is to determine its overall maturity. He said that at this stage, his team can begin ascertaining the completeness of their metadata. The official said that it will be necessary to draw up a roadmap of what areas need to be addressed.

Marsico said that since the broader objective is geared toward simplification, his team will need to find areas where data can be standardized across the enterprise. When that is done, shifting to new standards can be the focus.

The next big hurdle is how to institute clear guidelines for sharing data within the Fiscal Service. It is up to the Data Governance Council to make a final determination, a job that is not so easy in view of the volume of data involved, Marsico said.