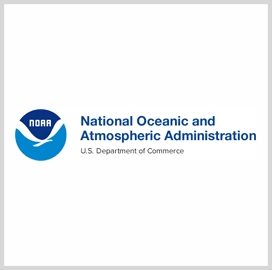 DalBello will begin serving as the director of NOAA’s Office of Space Commerce on May 9. The key responsibilities of his office include promoting growth in the U.S. commercial space sector and issuing operating licenses for remote sensing space systems, NOAA said.

Secretary of Commerce Gina Raimondo said that DalBello will offer critical expertise as OSC works with leaders from the departments of Commerce and Defense, the White House, NASA and the private sector.

“The important work of the Office of Space Commerce is a top priority at NOAA as it is for the nation,” Spinrad added.

DalBello has more than 30 years of experience in the space industry, according to his LinkedIn profile. He previously served as vice president of global engagement at Virgin Atlantic.

In the said role, he managed international business development in connection with the company’s carrier aircraft and space vehicles.

Before working at Virgin Atlantic, he was the director of space and aeronautics in the White House’s Office of Science and Technology Policy, where is credited with developing space policy and program priorities.