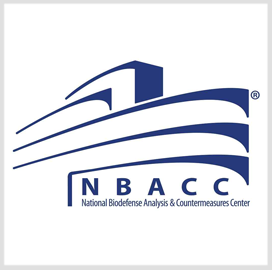 George Korch, director of the National Biodefense Analysis and Countermeasures Center, has announced that he will retire at the end of September 2022. Korch is also the president of the Battelle National Biodefense Institute, which operates NBACC. The senior official, who holds a doctorate from Johns Hopkins Bloomberg School of Public Health, will be succeeded in both roles by Nicholas Bergman in an acting capacity as officials begin searching for a formal replacement, Battelle said Friday.

Korch has served as NBACC director and BNBI president since December 2018, focusing on lab safety and the advancement of his coworkers. According to Mark Peters, Battelle’s executive vice president for national laboratory management and operations, Korch led the improvement of several lab programs through transition periods and the COVID-19 pandemic. The facility was lauded for its SARS CoV-2 biological response and viability research during Korch’s tenure.

NBACC is a federal lab established in 2004 by the Department of Homeland Security’s Science and Technology Directorate and located at Fort Detrick in Frederick, Maryland. BNBI manages the facility under a 10-year, $480 million contract awarded in 2015 and has held operating rights over NBACC since 2006.