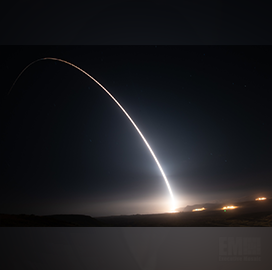 Ohio-headquartered HDT Global announced that it has been awarded a contract by Northrop Grumman to provide engineering and manufacturing expertise in support of the Air Force’s Ground-Based Strategic Deterrent program. Northrop was earlier selected to modernize the nation’s aging intercontinental ballistic missile system under a contract awarded in September 2020, HDT said Tuesday.

In a statement, HDT said it will be providing transportation systems for the program. Juan Navarro, HDT’s president and chief executive officer, said the company’s support of the GBSD’s technology maturation and risk reduction phase, as well as its partnership with Northrop on other programs, highlights a “shared commitment to the men and women who protect the country.”

The Air Force Nuclear Weapons Center announced that the engineering and manufacturing development effort will include weapon system design, qualification, test and evaluation and nuclear certification. Upon successful completion of EMD, the team will begin producing and delivering a modern and fully integrated weapon system to meet the USAF’s target of initial operational capability by 2029.

On its website, Northrop Grumman said GBSD is the weapon system replacement for Boeing’s 50-year old LGM-30 Minuteman III intercontinental ballistic missile system. The program represents the modernization of the ground-based leg of the nuclear triad. The Air Force is focused on developing and delivering an integrated weapon system that will meet current requirements while having the adaptability to affordably address changing technology and emerging threats through 2075, Northrop added.