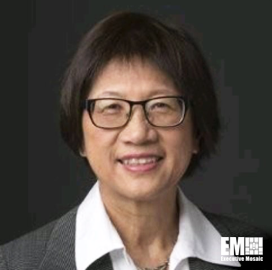 Heidi Shyu, President Joe Biden’s pick for undersecretary of defense for research and engineering, detailed her innovation priorities as she testified in front of members of the Senate Armed Services Committee for her confirmation hearing.

According to Shyu, the Department of Defense should leverage partnerships with commercial and academic partners to further the development of new technologies, including artificial intelligence, hypersonics and synthetic biology.

She also pointed out that the DOD needs to invest more in tech development instead of spending a big portion of the defense budget on sustaining legacy systems, the American Institute of Physics’ FYI Team reported Thursday.

In addition, she said using advanced materials technologies could help the DOD increase the efficiency and reliability of equipment while reducing maintenance costs.

She also proposed evaluating the DOD’s budget allocation for basic research, which has been on a steady decline.

The possibility of reforming DOD’s Planning, Programming, Budgeting, and Execution framework was brought up during the confirmation hearing by Committee Chair Jack Reed.

Shyu shunned the idea, saying that PPBE can be a hindrance to rapidly fielding new technologies as developers need to wait for two years before a product can transition into a program of record.

Biden announced Shyu as his pick for the undersecretary post in late April.

Shyu has prior experience serving as the top acquisition official for the U.S. Army during the Obama administration. She also worked for defense companies such as Hughes Aircraft, Northrop Grumman and Raytheon.