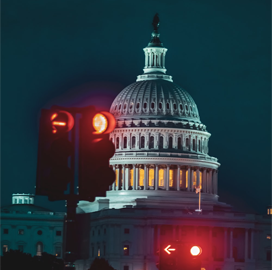 A copy of the markup obtained by the press revealed that lawmakers have greenlighted the creation of a new office called the Cyber Threat Information Collaboration Environment, which will, among its other functions, evaluate the government’s cyber info sharing capabilities, needs and gaps. The project was designed to be led by the secretaries of Homeland Security and Defense, as well as the directors of the Cybersecurity and Infrastructure Security Agency and the National Security Agency.

The HASC has also made allocation for the establishment of a Cyber Threat Data Standards and Interoperability Council, an interagency entity charged with establishing “data streams” and “data governance” for exchanging cyber threat intelligence among government agencies and between the public and private sectors. The council’s principal members will also include CISA, DHS, DOD and NSA, but the president can appoint additional members from the private sector, it was learned.

Lastly, the markup approved by the HASC calls for the formation of a new PMO to buy “enterprise-wide” commercial cyber threat information products for the Pentagon. The office will be led by DISA Director and Commander of the Joint Force Headquarters-DOD Information Network, Lt. Gen. Robert Skinner.

On Wednesday, the Lower House’s armed services panel is scheduled to hold a full committee hearing on the defense budget markup prior to pushing a finalized version to the floor for a decision.