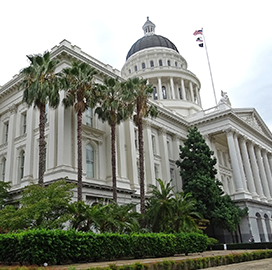 Lawmakers in the House of Representatives have introduced legislation seeking to set a five-year term limit for the director of the Cybersecurity and Infrastructure Security Agency.

The Cybersecurity Leadership Act would also affirm that the director is presidentially nominated and Senate-approved, The Hill reported Tuesday.

On its website, CISA said it serves as the United States’ national risk adviser and as the leader in the government’s effort to manage cyber and physical risks to critical infrastructure.

The CISA was left without a Senate-approved leader until Jen Easterly was unanimously confirmed to the role in July.

Rep. Andrew Garbarino, a leading proponent of the bill, said it would remove uncertainty concerning CISA’s leadership so the director can focus on the agency’s cybersecurity mission.

“With cyber attacks on the rise, CISA, the lead federal civilian cybersecurity agency for the United States, needs consistent and stable leadership presiding over our nation’s cyber preparedness,” Garbarino said in a statement.

The proposal also comes in the wake of a series of high-profile cyberattacks on government agencies and American companies, including Colonial Pipeline and meat processor JBS.

Easterly previously said that CISA will be more proactive in addressing cyber incidents in an effort to break the cycle of cleaning up after big hacks.