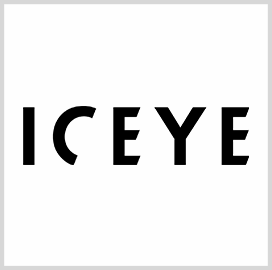 Iceye and the SMDTC will look into how SAR satellite tasking, SAR data downlink, image processing and image dissemination can address requirements by the Army and the Department of Defense, SpaceNews reported Thursday.

Col. Matt Anderson, SMDTC’s space directorate leader, said in a statement that the Army is seeking affordable and versatile sensor technology like SAR to enhance its many systems and missions.

Iceye currently operates a fleet of 14 SAR satellites. Ten more are planned to be added to the constellation in 2022.

The Finnish company recently completed a demonstration showcasing the ability of its satellites to quickly determine small changes at a location consistently.

Jerry Welsh, CEO of Iceye’s U.S. operations, said the satellites’ daily coherent ground track repeat capability can be used for monitoring activities at ports and quickly identifying changes in the arrangements of commodities on docks or ships.