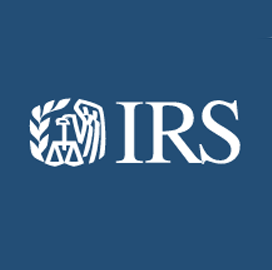 According to a draft request for proposals posted on SAM .gov, the IRS intends to utilize AR to overlay contextual information on existing public-facing tax forms, especially those accessed through mobile devices, FCW reported Tuesday.

The agency wants to obtain solutions that provide multiple sets of information via a single interface, including those that superimpose computer-generated images of submission instructions, phone numbers, deadlines and translated versions of forms.

The agency is also interested in solutions that include some kind of data collection component to provide immediate feedback on the improved taxpayer experience.

The solicitation is being pursued as part of the Pilot IRS program, an iterative procurement technique that allows the agency to test new technologies on faster timelines.

IRS will implement a three-phase approach to determine whether experimental solutions are capable of fulfilling agency requirements.

Phase 1 will last for 60 days and include the creation of operational prototypes and tech demonstrations. Experimental solutions will not be connected or hosted on government systems.

Additional testing and initial deployment will be conducted throughout the 120-day timeline for phase 2. The final phase will focus on deployment efforts and will run for four-and-a-half years.

Up to five companies will be selected for Phase 1. Proposals are due Sept. 7.

GSA Boosts Alliant 2 Ceiling by $25B