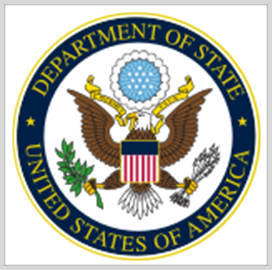 The slow progress on the Department of State’s IT modernization contributed significantly to the inability of most passport services employees to work from home during the height of the COVID-19 pandemic. In a report published Tuesday, the department’s inspector general revealed that despite the $59 million spent by the Bureau of Consular Affairs on passport-related IT modernization projects over the past decade, delays with the Online Passport Renewal system and similar programs forced Passport Services Directorate staff to continue working in a largely paper-based environment.

Because the Online Passport Renewal system was not operational, Passport Services staff returned to the office sooner than other State Department employees last year, in order to deal with a backlog of passport applications, the report noted. Auditors said that had the Online Passport Renewal system been available, concerned employees could have pivoted to remote work and kept a greater portion of the incoming passport applications moving despite the pandemic.

Auditors found out that the inability of Passport Services employees to telework led to a reduction in revenue and output. The department in May 2020 issued about 13,000 passports, a  small fraction of the 1.8 million passports it sent out for the same month in 2019, Federal News Network reported Tuesday.

Rachel Arndt, deputy assistant secretary for Passport Services, predicted that passport offices will need to increase manpower substantially to deal with a backlog of as many as 2 million passport applications. The official said that telework is not an option because passport services work requires connectivity to systems and databases that are simply not accessible to employees, thanks to the delay in modernization.

Citing a decline in fee revenues, the directorate cut its fiscal 2021 budget request by nearly a quarter, down to $646 million.